Watkins Glen, N.Y. (2 July 2017) – Carrying the colors of the United States’ military forces as well as signatures of active and former servicemen on the fin of the No. 90 VISIT FLORIDA Gibson-Riley, VISIT FLORIDA Racing took a hard fought fifth place result on Sunday in the Sahlens Six Hours of the Glen.

The race marked Round 6 of the 2017 IMSA WeatherTech SportsCar Championship and VISIT FLORIDA Racing was looking to make the most out of the six-hour endurance event. Not having been able to 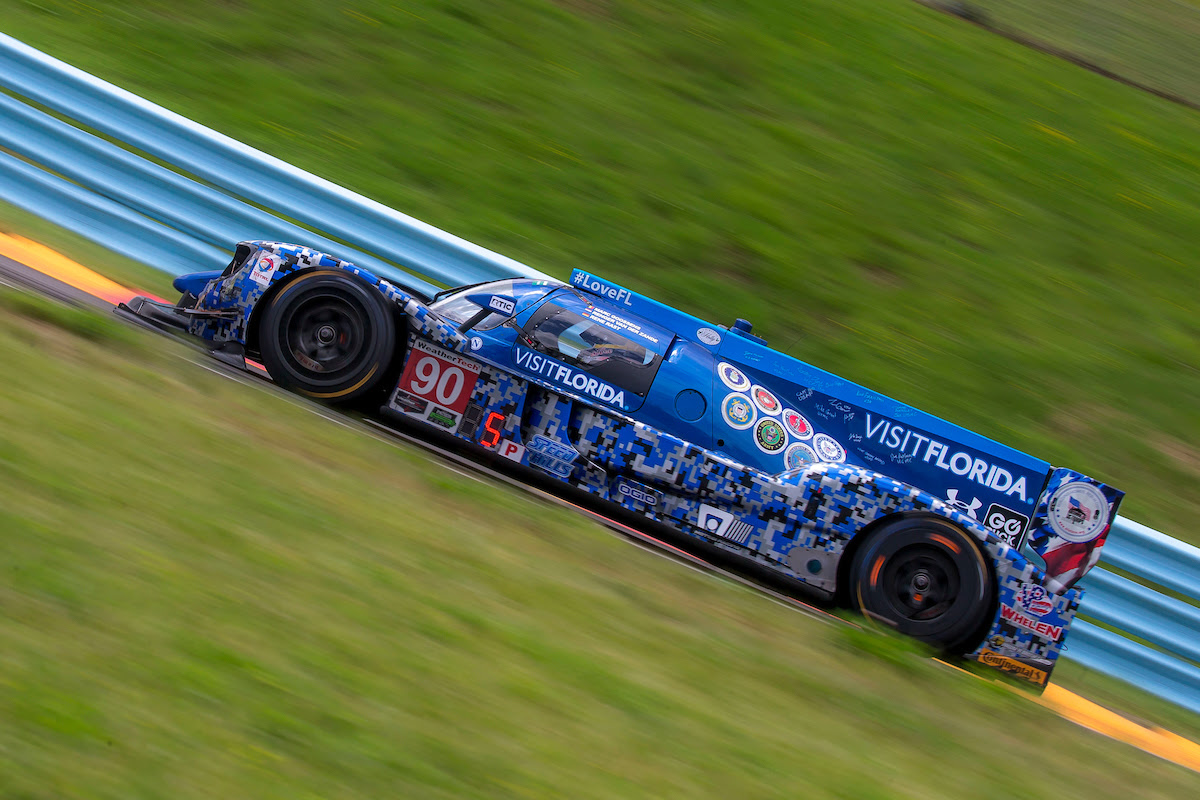 unlock the pace in the LMP2 machine to take the fight to the other prototypes based on speed, the team was hoping that the weather conditions would play to their favor as the No. 90 VISIT FLORIDA Gibson-Riley was likely to shine in the rain.

Unfortunately, despite a brief rain shower, the race ran under dry conditions with drivers Renger van der Zande and Marc Goossens hanging on to run in the top-five for much of the race.

The team’s hard work was rewarded with brief runs at the front of the pack as the Florida-based team ultimately took fifth at the checkered flag.

“We had a decent day today,” said Team Owner Troy Flis. “Our goal was to finish, but that’s not why we’re here, we should be able to finish every race. We are expected to win every race not just finish. It’s been a tough year and we are going to have to keep working at it and see where we end up on the overall picture. I’m happy the VISIT FLORIDA guys did a good job. We had an upright that gave us some trouble on the pit stops which hurt us a little. In the middle of the race we tried a different strategy to see if we could play with the rain and get on a different sequence. But ultimately the rain never came. But we’re happy to finish fifth today. This team never gives up and we are going to keep going.” 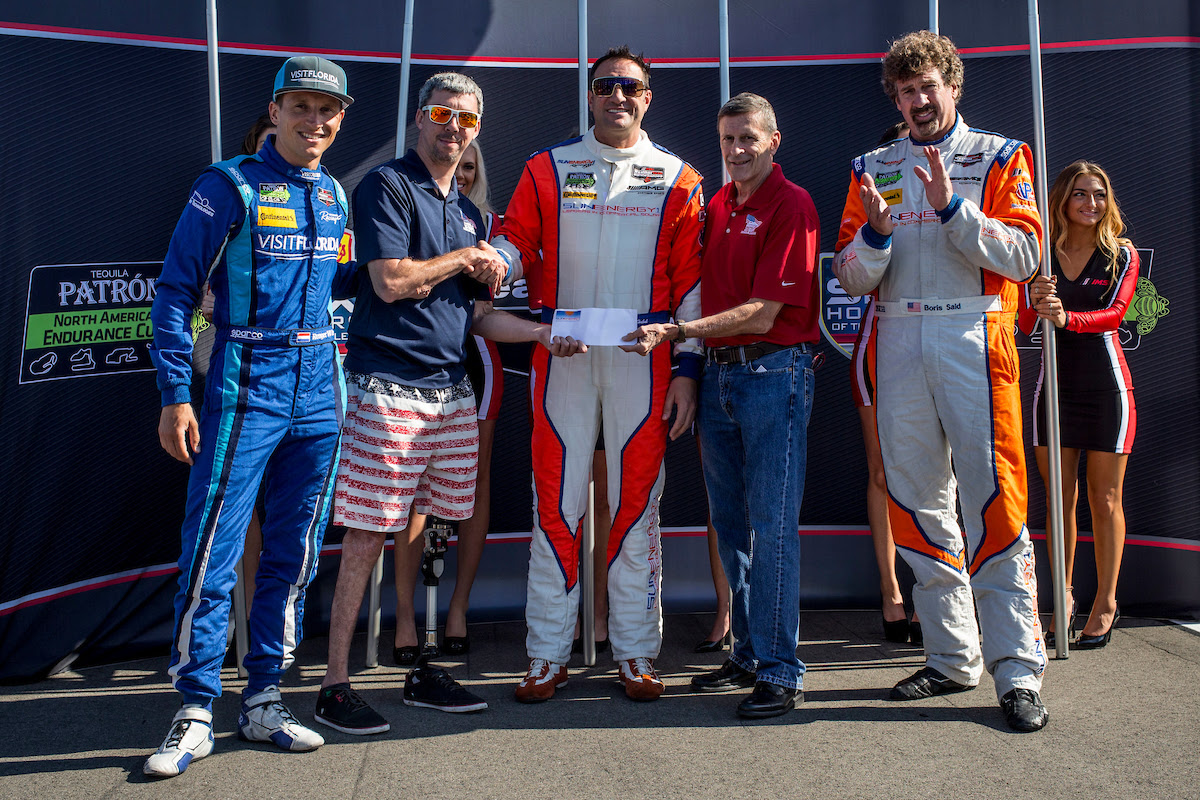 The race day opened in a special way as VISIT FLORIDA Racing and the SunEnergy1 GTD team came together to present a check to Homes For Our Troops and Mazda Motorsport driver Retired Marine Staff Sgt. Liam Dwyer.

Dwyer was recognized for his sacrifices for our country during pre-race ceremonies in front of the large crowd of fans on hand at Watkins Glen. He was also interviewed during the FS1 LIVE television broadcast.

Renger van der Zande: “We were lucky. On the first lap, the No. 10 car was having some steering issues and he touched me on the left rear. At that moment I thought ‘oh no, not again’ but I got away nicely. After that, we had a pretty good pace for 75% of the race and were able to challenge some of the cars. Later on, we  lost a bit of momentum. It’s a finish, it’s a top five which I think is okay. We were aiming to finish at least, which we did. But we would also like to fight against the other Prototypes which we’re not able to do right now.”

Marc Goossens: “It looked promising at the beginning of the race, with the speed Renger (van der Zande) was doing. But the others kept on doing that speed and we went backwards. We have to go back now, look at data and see what we got but obviously not enough speed yet. But a good solid finish for the team. There is still room for improvement but we did a complete race and the VISIT FLORIDA guys have a little bit more confidence now heading into Canadian Tire Motorsport Park.”