Bowmanville, Ontario (9 July 2017) – Following a fifth place finish at Watkins Glen last weekend, VISIT FLORIDA Racing was hoping to see an uptick in performance as the Florida-based team entered Round 7 of the IMSA WeatherTech SportsCar Championship at Canadian Tire Motorsport Park on Sunday.

And after leading the time charts during the morning warm up, the team had its sights set on another solid result. 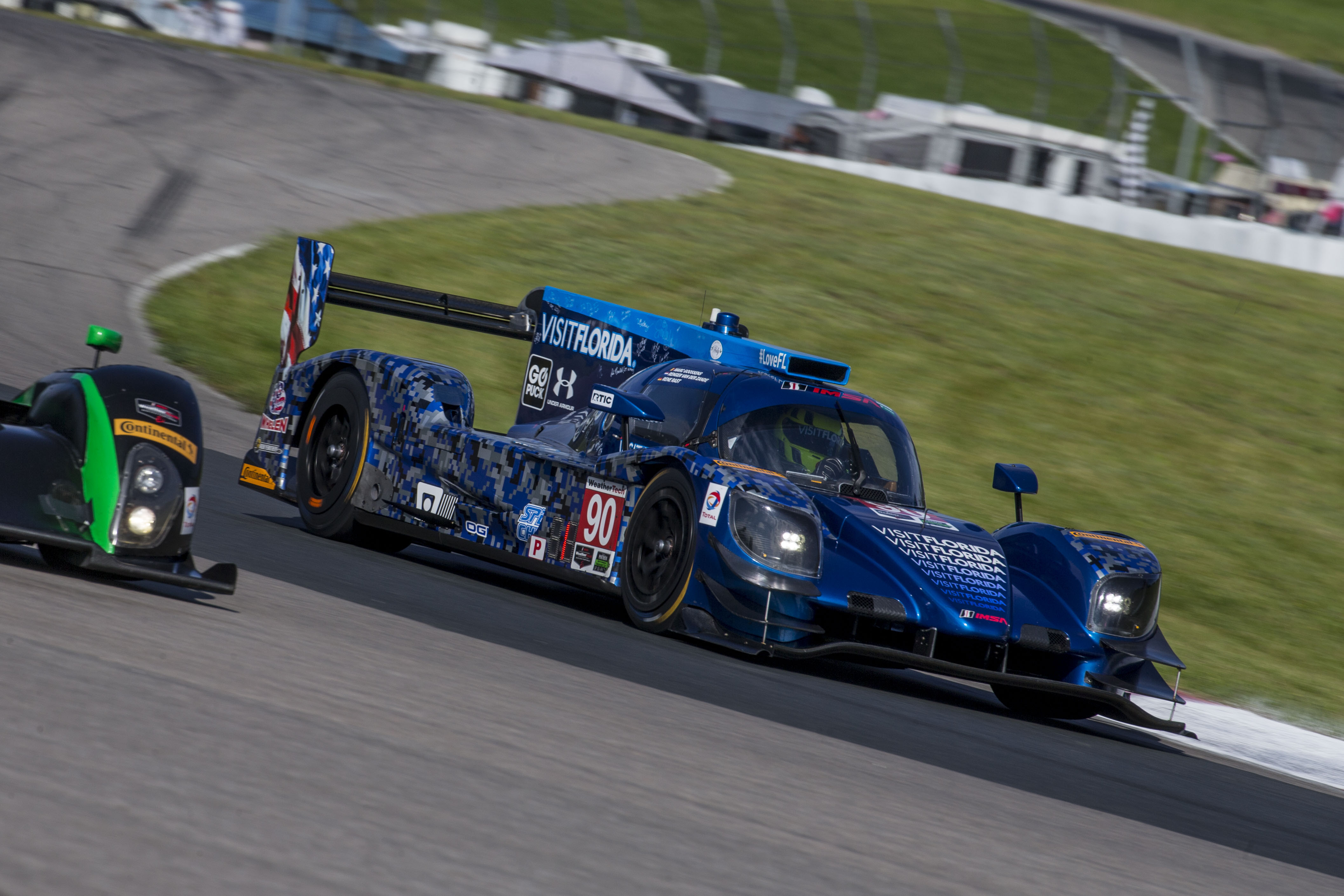 Unfortunately, for the team and its drivers Marc Goossens and Renger van der Zande, the day ended early for the No. 90 VISIT FLORIDA Racing Gibson-Riley following a recurring issue with the car’s electronics.

The car was stranded on track multiple times due to the issues and after multiple pit stops and an eventual trip to the garage, the team found and resolved the problem. But when rain started to fall around the circuit and with minimal time left in the race, the team elected to end the campaign on the day after completing 36 laps.

“We did end up finding the problem but with only 40 laps to go in the race, it really wasn’t worth getting in the way of the cars fighting for a championship,” said Team Owner Troy Flis. “We were chasing the problem and then found it, and at that point we were 40 laps down and there was no reason to take the risk. We felt like we got everything out of the VISIT FLORIDA No. 90 car this weekend. I think we had the most competitive car we have ever had so I have to give credit to my guys for getting the car to this point. We had a $25 part fail which was unfortunate. We are going to look at the car and see what we can do to find more speed.

VISIT FLORIDA Racing will be back in action in one month’s time at Road America for Round 8 of the IMSA WeatherTech SportsCar Championship on August 3-6.