Daytona Beach, Fla. (2 December 2016) – As the IMSA WeatherTech SportsCar Championship prepares to open a new and exciting chapter of Prototype competition, VISIT FLORIDA Racing has been preparing for the new era of the sport. Those preparations won’t just involve the team’s new machines, as VISIT 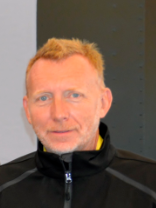 FLORIDA Racing is pleased to announce the appointment of Michael Harvey as Director of Race Operations.

Harvey has joined the Troy Flis-steered organization full time as the team, which will utilize the driver pairing of Renger van der Zande and Marc Goossens, looks to get a fast start to the 2017 season.

Harvey, who has a long and varied range of experience in the sport, most recently managed the competition efforts for Fall-Line Motorsports’ multiple-championship winning programs in IMSA and SCCA competition as well as serving as a Series Director for the Pirelli GT3 Cup Trophy USA series.

“I am grateful to have had the experience that I had at Fall-Line Motorsports and will miss that group but this was entirely too much of an opportunity to pass up,” said Harvey. “Right now is a really exciting time for IMSA, because everything is new and we are all starting from the same point—there is a lot to be learned about these new cars. With the stability and success that Troy (Flis) and the VISIT FLORIDA team have had, it is a very attractive opportunity for me and I’m very eager to get our car and get going.”

The team, which was the first to take the Corvette DP into victory lane in 2012, will move to the Riley-Gibson LMP2 package to kick off the 2017 season as the new IMSA Prototype regulations move from the rulebooks to the track starting with the Rolex 24 At Daytona. The all-new regulations have made for a wide-open competitive landscape as the series prepares to open with the 55th running of the Rolex 24 in January.

“Michael (Harvey) is a great addition to the team, and is going to help us tremendously as we take on this new program with the Gibson-Riley,” said VISIT FLORIDA Racing Team Owner Troy Flis, who recently announced the return of VISIT FLORIDA as the title marketing partner for the team. “For me to bring someone with his background to this team, right now as we are getting ready for the new regs, it is great timing and it is a very strong match for what we need in order to be consistently contending for wins and championships again.”

The team anticipates delivery of the normally-aspirated 4.2-liter V8, Gibson-powered Riley Technologies Mk. 30 later this week, with the countdown ready to kick off for the team’s home race in January as IMSA is set to debut an entirely new look in 2017.

“There were some updates through the years, but in many ways, the DP cars were very similar going all the way back to the start of GRAND-AM,” said Harvey. “But this is an entirely new package for everyone. In this sport, there are a lot of spec championships so having these different manufactures and car combinations is going to be really exciting for the fans. It used to be that we’d introduce a new car each year and have to get to know its nuances, and hopefully I can help be a part of that process for VISIT FLORIDA Racing to be as strong out of the gate as we can be.”