Elkhart Lake, Wisc. (6 August 2017) – It was a big weekend for VISIT FLORIDA Racing at Road America as the team debuted the No. 90 VISIT FLORIDA Racing Ligier JS P217 powered by Gibson. Marc Goossens and Renger van der Zande combined to take fifth in the event on Sunday which marked Round 8 of the 2017 IMSA WeatherTech SportsCar Championship.

Following a test at the Autobahn in Joliet, Illinois earlier this week which allowed the team to become acclimated to the new machine for the first time, VISIT FLORIDA Racing arrived at Road America looking to continue to climb the learning curve.

In rainy and cool conditions during the first practice session on Friday, Goossens and van der Zande repaid the hard work of the crew as they posted the fasted lap of the session. VISIT FLORIDA Racing also set the fastest lap in Sunday’s morning warm up which was held under sunny skies and warmer temperatures.

When the green flag waved for the 2 hour and 40 minute Continental Tire Road Race Showcase, Goossens opened the race from the second row after qualifying fourth.

Goossens ran as high as third during his two stints behind the wheel. The forward progress was halted 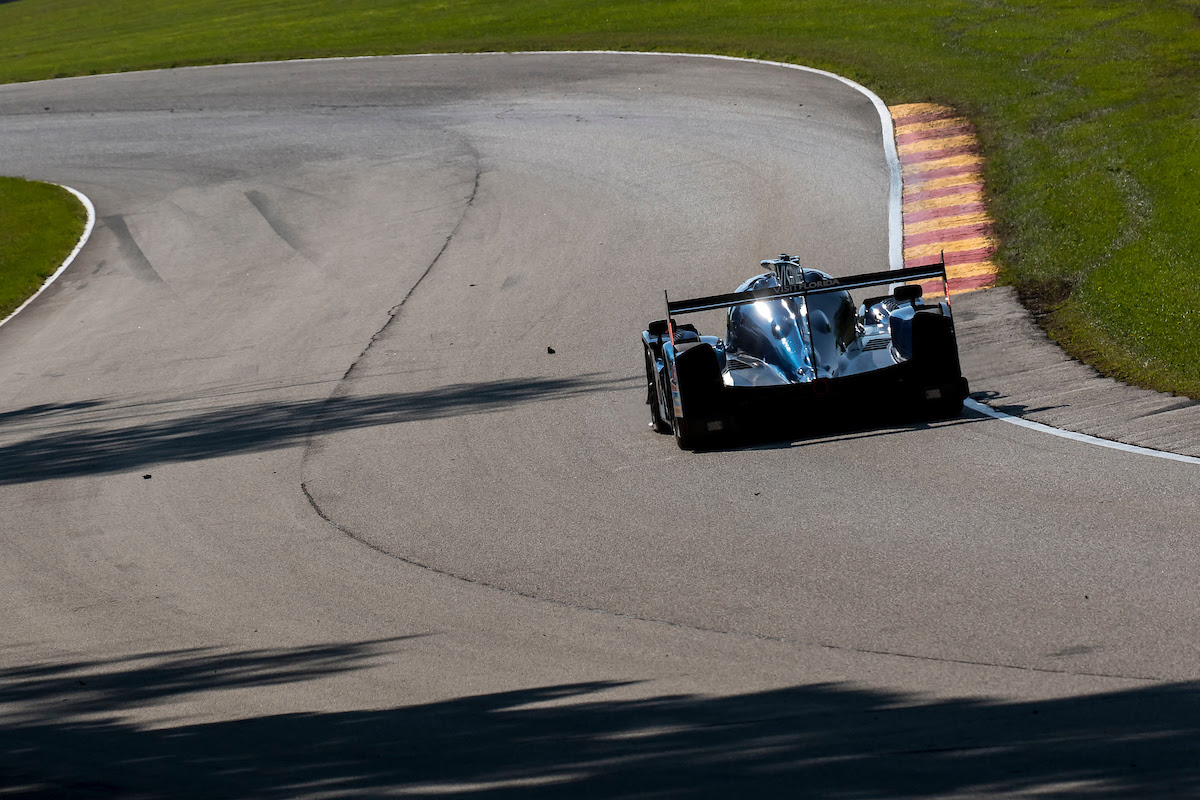 when two prototypes slowed entering pit lane and he made contact, handing him a drive through penalty.

van der Zande took control of the No. 90 VISIT FLORIDA Racing Ligier JS P217 with about an hour and 20 minutes remaining in the race. His run was slowed three separate times for full course caution periods.

But when the race did go green, he was able to make enough forward progress to take fifth at the checkered flag.

“I am very proud of what we did and in such a short period of time,” said Team Owner Troy Flis. “The car was competitive and we know that the competition is big and you can’t make mistakes. We made a few small mistakes during the race which caused us to lose some track positions. If we didn’t have that I think we would have had a podium. It’s a good day when you have a good finish especially with how competitive it is. We are excited to get home and have a working car that we can keep tuning. I am very excited to go to the next couple of races and we all just want to get back to the race track.”

VISIT FLORIDA Racing will return to IMSA action at Mazda Raceway Laguna Seca on September 22-24 for the penultimate round of the 2017 championship.

DRIVER QUOTES
Renger van der Zande: “It was a very good top-five run for us. I knew this track was going to be very hard to overtake. I think the pace was right there to be on the podium. It was a great battle and I am really happy with fourth. I said to the team on the radio after I took the checkered, that it’s great to be in this race car and be able to race. This weekend has been an uphill battle because we are still learning all of the details of this car. It’s a very specific car but between the Onroak guys and our engineers, they both work really well together to get this car set up properly. They gave me a great race car today and I was able to fight while also having the speed.”

Marc Goossens: “Renger (van der Zande) was quite a bit quicker in his stint than what I could do. I had some fights in the beginning but then I lost the front dive plane. We can’t complain about a top-five but we need to keep working on the car and making it better. Hopefully we can go testing and extract a little bit more out of the car.”